This might sound a bit off-piste for an HE blog post but I promise it’s not an April Fool.

It’s just that this week sees the launch of the third Play and Creativity Festival at the University of Winchester and I have decided to combine one of my hobbies with a play session on HE. On Friday I will release into the wild a workshop on how rummaging around for fungi can help you reflect on learning. It’s got mushroom memorabilia, visuals, a quiz and all kinds of stuff going on (and I really hope it works).

Lost you yet? Read on and let me try and explain this a bit more.

My love of mushroom photo foraging (no picking, just pictures) stems from rides around the countryside on horseback. When you are lucky enough to be several feet off the ground in great natural locations you have the opportunity to spy a) into people’s gardens and b) over and under logs, trees, streams, walls, bushes, brambles and all. Such viewpoints give you a great glimpse into the unexpected – soft, gelatinous jellyear fungus or colourful corals on dying wood; firm, white clumps of mushrooms popping up in damp, shady places or bright, wavy shelves of colourful brackets jutting out from birch trunks. Their structures and ways of producing themselves so spectacularly and surprisingly – even in the most mundane of places – are wonderful and uplifting. They are fascinating and absorbing and invite you to know more, to observe their finest details, to differentiate between the myriad of types and variants that are found. 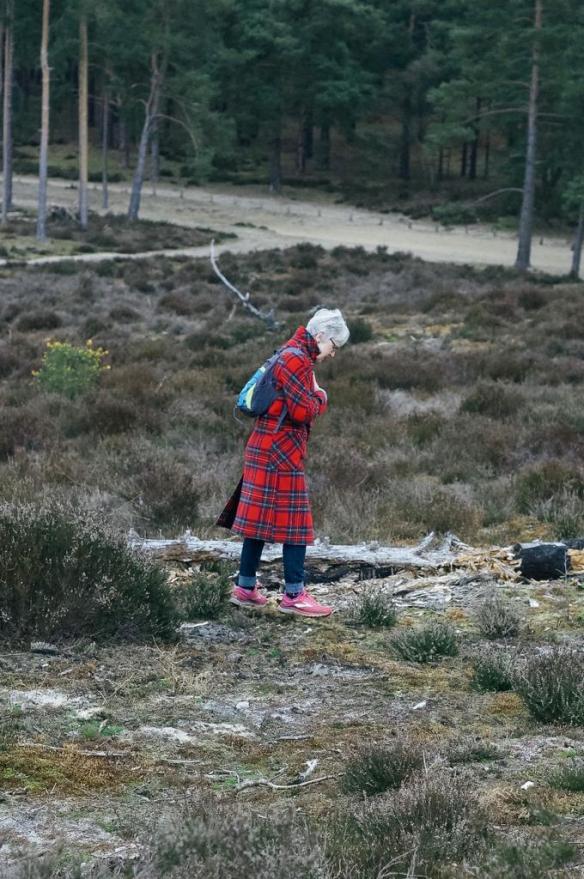 To me, there are loads of analogies between mushroom hunting and powerful learning. Here are just a few of them. That it is not enough to buy a book and identify them. It is not enough to take a picture and check it out later. You need scale, shape, size, smell, texture, location, soil, surrounding woodland, temperature, vegetation, details of gills, touch, pressure, observation of discolouration, sight of the root base, understanding of what happens when you cut a mushroom. Thinking I just needed to know what a mushroom was was wrong. I need to understand about trees, lichen, grass, climate, air, water, earth. I need to kneel down and smell things, not just crouch with a camera. Cameras lie. The colours I see in reality compared to those that I capture in images are not the same. Conversely, I see things post hoc in my photos that I did not notice at the time of taking them – that two stems on ‘identical’ mushrooms are in fact different colours. That what I remember of a growth in the ground and how it seemed to be in my image were also different.

I bet you can find parallel with these things and academic skills/exploration of all kinds of subjects. They teach me to be much quieter, slower, more observant and patient in my considerations than I naturally am. They say to me ‘have a gaze that sweeps, as well as one that focusses and settles’. They remind me to look up as well as down, as well as  brush leaves aside to peer into the earth. I am a terrestrial creature, much more disposed to looking for details on the ground than up at the wide and infinite sky. Individual details often catch my eye first, with the bigger picture emerging later.

Every one of these aspects is relevant to the kind of learning I want to engender, and my aspirations for students in HE. I want them to experience the kind of excitement and absorption that I get caught up in when I go foraging.  My mushroom hunts symbolise my best features as a learner. Completely obsessed, passionate, curious, indefatigable about knowing more, through diverse routes – groups, guided walks, expert books, conversations. People increasingly send or show me photos of mushrooms now, and even the most determinedly resistant (including my own children) have been known to drop their guard and say ‘ooh there’s a good one’ or ‘that’s actually quite cool’ at the sight of a fly agaric or dead man’s finger. (Autocorrect described that as dead nan’s finger, which somehow seems much more upsetting). 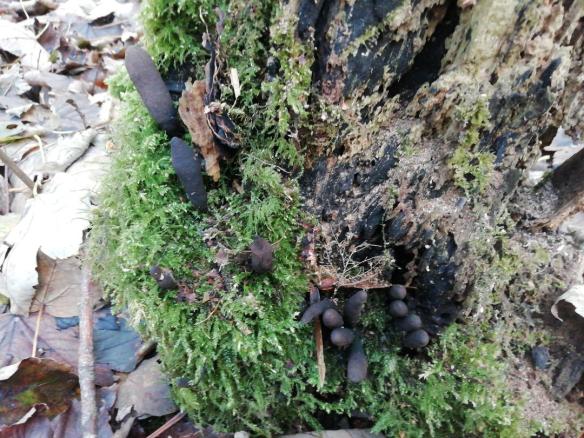 Great learning experiences are emotional, frustrating, challenging and fascinating – all of which are mirrored by forays into  the mushroom kingdom.  There is visual magic, as mushrooms can change colour and shape in the course of their life span. This can be breathtaking or confusing, making them even more elusive to identify. There can be a tumult of ‘shrooms’ in a woodland one day and a week later scarcely a sign. Harsh rain can turn the most beautiful specimens to black mush. You return to the lovely red gem you found under a bush a day previously to find it has been kicked over and shattered. I don’t why this happens, but assume that it is done to ‘protect’ other country users, and stems from some suspicion that all fungi are dangerous, rather than allowing for nature to be treated with caution, admiration, respect – oh and a little knowledge too. (Any more analogies cropping up for you?) The forager’s code reminds everyone that nature needs to be treated with caution, respect and a little knowledge – and if we have any sense we won’t consume stuff we don’t understand. That code probably should be applied to processed meals too, but that’s a blog for another day. This one was really just to invite us to think about the relationships between the things we are passionate about and the ways we want to help our students and colleagues find passion in learning – wherever that may take them.